If you’ve never visited Miami before, you probably have some preconceived notions—perhaps involving sun, sand, and the fact that temperatures average between 60 and 75 degrees in the winter. But there’s a lot more to the city than its beaches and nightlife. For instance, its annual Basel show is one of the most high-profile art events in the world. And hedge funds have reportedly been swarming into the area, boosting the cost of both commercial and residential real estate.

For those considering moving to Miami, we’ve gathered information and resources to help make the decision easier (oh, and by the way, we’re Casa Du Mcfimeh—Your Number One Vacation Rentals in Miami and other parts of Florida, just as an introduction). 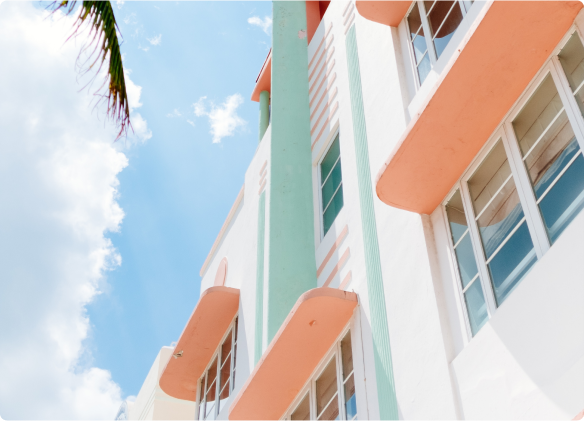 Living in Miami: The Basics

A Brief Overview of Miami

Incorporated in 1896, after landowner Julia Tuttle convinced Henry Flagler to extend his railroad down the coast of Florida, Miami is the only major American city to have been founded by a woman. Now it’s one of the most populous metro areas in the state, as well as a cultural, economic, and financial center. And its diverse landscape boasts both the third-tallest skyline in the U.S. (with more than 300 high-rises) and more than 800 parks.

The (Rising) Cost of Living in Miami

When it comes to renting, apartments tend to range from $1,700 to $2,100, depending, of course, on where you want to live. Keep in mind that households in Miami often spend more than the national average, according to Miami Today.

If you would like a more thorough review of the cost of living in Miami, Expatistan is a great site that will provide you with an extensive list of expenses such as health care, groceries, clothing, and pretty much anything else you can think of.

According to Miami Today, the unemployment rate is 4.2 percent, just slightly higher than the national average of 4.1 percent, with manufacturing growing to complement the city’s large tourism industry.

The Port of Miami is the busiest cruise passenger port in the world, but that does not mean that jobs are limited to those related to travel and hospitality. Greater Miami is home to many national and international companies—such as Cisco Systems and Caterpillar Americas Services—and it also has one of the largest concentrations of international banks in the country.

The city is also a major fashion center, with outposts of some of the top modeling agencies in the world. It hosts a wide variety of shows and events throughout the year, including the annual Miami Fashion Week and the Mercedes-Benz Fashion Week Swim.

The average monthly salary in Miami, after taxes, is around $2,700.

Getting Around the City

Because living in Miami often requires commuting, some would argue that owning a car is essential, but that argument only goes so far when one considers the traffic, which, according to a recent study, is the fifth worst in the United States.

If you’re taking public transit, others would say, you’ll at least have time to finish that book you’ve been neglecting or catch up on some work. So here are a few options to consider:

As with any major American city, crime is a factor, but it varies based on which part of town you live in. This interactive crime map is a handy resource for determining the level of safety in particular areas. 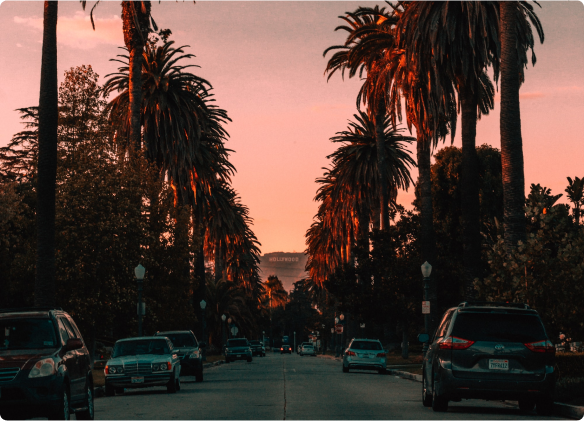 Living in Miami: The Lowdown on the Best Neighborhoods for You

Miami’s neighborhoods are diverse and ever-changing, so we’ve tried to simplify things by briefly highlighting some of our favorites.

Founded in 1873, Coconut Grove is the oldest continuously inhabited neighborhood in Miami. Just south of Brickell and The Roads neighborhoods, and east of Coral Gables, it has a cool bohemian vibe and offers a wonderful variety of boutiques, galleries, restaurants, and cafés.

Located directly south of the historic Central Business District and north of Coconut Grove, Brickell is Miami’s major financial district. It began to be developed by the Brickell family in the late 1800s, and due to the effort of Mary Brickell, became known as Miami’s “Millionaire’s Row” in the 1920s. Now many of those mansions have been replaced by office towers and apartments that have helped the area grow to include around 56,000 people.

Wynwood is an eclectic district where art galleries, retail shops, bars, and eateries abound. In the mid-1900s, it was known as Miami’s garment district, but in the early 2000s, with the introduction of its Art Walk block parties, the area became internationally recognized for innovation and other forms of creative enterprise. 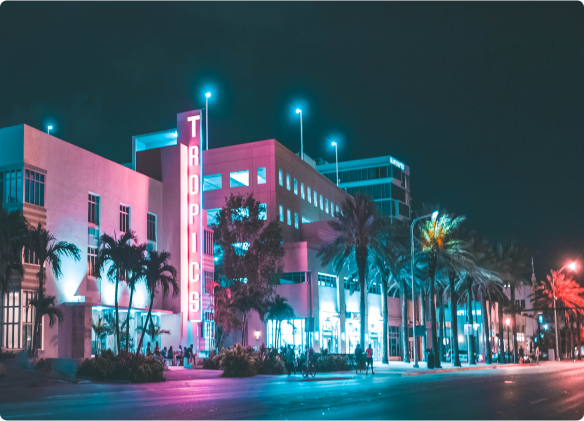 Miami’s culture is vibrant and shaped by its diverse population—particularly the strong Caribbean and Latin-American communities—and offers visitors and residents an abundance of theaters, museums, festivals and other ways to be entertained. The Calle Ocho Festival, Carnival Miami, and the Miami International Film Festival are just a few crowd favorites.

Speaking of film, the city has more than a half a dozen independent movie theaters such as O Cinema Miami Beach, Coral Gables Art Cinema, and the Nite Owl Theater.

The city also has numerous orchestras, symphonies, and performing-arts conservatories, such as the Frost School of Music, New World School of Arts, and the Florida Grand Opera.

Another major attraction is the Miami Design District, a neighborhood dedicated to innovative fashion, design, architecture, and culinary arts. If you have time, we would suggest grabbing a bite at Estefan Kitchen, La Pollita, or Lemoni Cafe, as well as shopping at Boheme or Genius Jones.

Other notable establishments are The Regent Cocktail Club inside the Gale Hotel, the Spanish-influenced Bulla Gastrobar, modern Asian-style eatery KYU, and the upscale waterfront restaurant La Mar by Gaston Acurio, which is located in the Mandarin Oriental.

The Pros and the Cons: Things You’ll Love—and Perhaps Learn to Love about Miami .

We’ve mostly focused on the pros of moving to Miami, and that makes sense because there are a lot them. But like with any city, living in Miami has its share of drawbacks as well. Here, we’ll briefly weigh a few of those—along with the top benefits—to help you decide whether a move to Miami is the right choice for you.

Good Luck with Your Move to Miami

And that’s it. Our job is done. If you’re feeling overwhelmed by your potential move, that’s OK. It’s all part of the process. Hopefully, what we’ve provided will help alleviate some of your anxiety and enable you to decide if Miami is the right move for you. If you decide to take the plunge, don’t hesitate to reach out to your friends here at Casa Du Mcfimeh. We offer exclusive vacation rentals in Miami and other parts of Florida, and California.