Posted in Business
Author: SARA  Published Date: August 30, 2021  Leave a Comment on 5 Most Stunning Escape Rooms Around the Globe

While it might not be everyone’s idea of fun, escape rooms are slowly but surely becoming a popular activity for those who are sick of spending their evenings bowling or watching bad stand-up comedy. Escape rooms are great for anyone who does well under pressure and enjoys a little bit of suspense in their lives. In a nutshell, they are themed rooms in which you and a group of friends get blindly put into and then given a short amount of time to find the clues and get out.

These rooms are popping up all over the world, and below are the five most stunning escape rooms around the globe.

If you find yourself visiting the Netherlands, be sure to check out Sherlocked. There are two locations, with one room known as The Architect and the other being The Vault. The first room comes with a 60-minute time limit while the second one gives players up to 90 minutes to complete the room. Unsurprisingly, The Vault is considered to be one of the most challenging escape rooms in the world, so be sure to enter at your own risk.

If you are looking for an escape experience in Melbourne, be sure to stop by Ukiyo. There are several rooms, also known as ‘worlds,’ to choose from – such as The Crumbling Prince and Deep Space. For The Crumbling Prince, you can choose one of four masks, each with its own special ability for you to use during your time in the escape room. This 90-minute experience includes a mix of puzzles, audio-visuals, and storytelling to provide guests with the ultimate experience. The room is inspired by Japanese gardens and is carefully crafted by a team of artists, musicians, and designers. Deep Space, on the other hand is a dynamic sci-fi adventure which adapts to the people who play it, with multiple endings available. 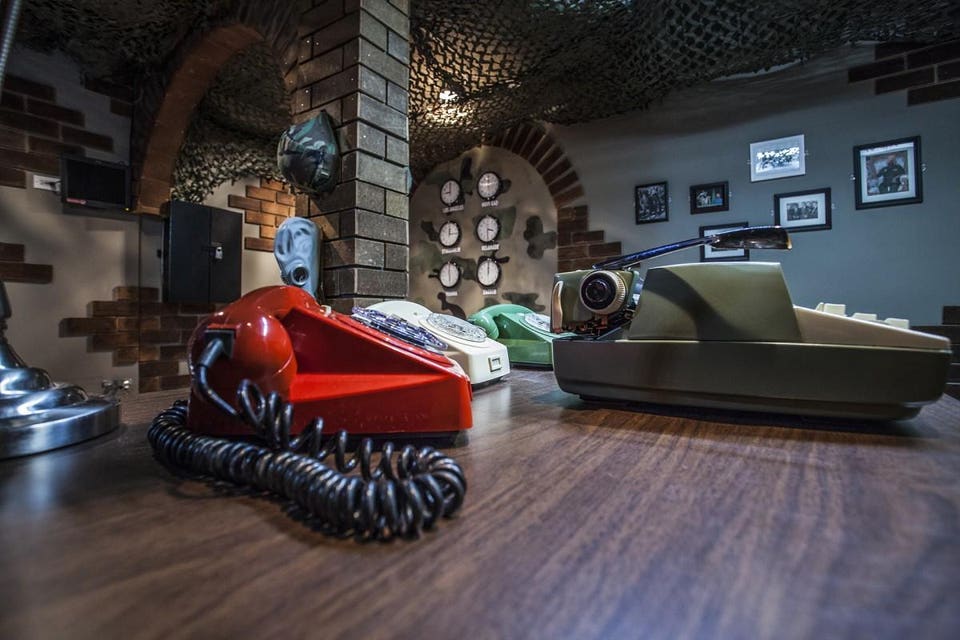 These rooms are located in five different states in the United States. What makes these rooms special is the fact that they use unique puzzles that break out of the prototypical mould, such as having to find four-digit codes to open locks. Here, the participants get one hour to try to escape the room.

Should they fail, the room is equipped with a panic button for an easy escape. The rooms all come in varying levels with some being much more challenging than others.

If you have ever heard of an escape room, this is probably the one that comes to mind. With over 40 locations across the world, there is something for everyone, from laboratories to Wild West shootouts. What people seem to like the most about Escapology is the fact that you’re guaranteed a private room regardless of how many people may be in your group.

Many of the rooms here are also based off of classics such as “Clue” and Murder on the Orient Express. The game doesn’t just involve escaping the room, but it also requires guests to pose as detectives who need to collect evidence in order to solve a murder.

Given the name of the game, there’s no surprise that this escape room is horror-themed. The rooms are inspired by haunted houses that are sure to give you the creeps. The premise is that you have been kidnapped and are being held against your will by a fictional cannibal named Edward R. Tandy.

Once in the room, you are only given 45 minutes to escape, which is the amount of time that you have before your captor returns. Each room offers a different level of difficulty, so be sure to take that into consideration when booking your reservations.

Escape rooms are truly all the rage these days, and it is certainly easy to see why. They are a great way to entertain yourself and friends and are ideal for anyone who is keen on using their problem-solving skills. The best part is that there are many escape rooms all over the world so you’ll be able to find one near you no matter where you are.

Once you visit one for the first time, you’ll be hooked. Don’t be surprised if you have all of the above-mentioned escape rooms on your bucket list pretty soon.